Gundam Deathscythe Hell, the God of Death who has returned from hell, makes its appearance as the third entry in the METAL ROBOT Spirits New Mobile Report Gundam Wing series!
As with the previous figures in the line, die-cast parts are used to give the figure a massive feeling, and completely new sculpting reproduces the strength of the mobile suit as seen the series. The Active Cloak gives the figure a bold silhouette when opened and closed. In addition, the front and rear Active Cloak parts are independently movable from side to side, allowing for flexible movement.

The METAL ROBOT Spirits <SIDE MS> Gundam Deathscythe Hell is priced at 18,150 yen with an October 2022 release date. 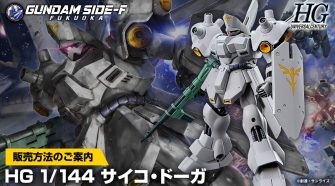