Bandai Namco Holdings announced in February plans outlining their IP Axis strategy in which 15 billion yen(130 million USD) would be invested in the development of an “IP Metaverse” for their various IP, along with 25 billion yen(215 million USD) invested in maximizing IP value through new IP creation, Groupwide IP projects and open innovation.

Managed by Bandai Namco Entertainment, the “Mobile Suit Gundam Metaverse” will allow fans to enjoy games, videos, live music and other content, and will link with physical sites operated by the Bandai Namco such as gaming arcades and plastic model shops, which will see model kit purchases delivered to their homes.

“[The Gundam Metaverse will be] a mechanism for us to be more deeply connected with fans,” added by Bandai Namco President Masaru Kawaguchi.

Bandai Namco is currently hosting a “Road to Gunpla Battle” test project in their Gundam Port Yokohama event until March 13, which aims to make Gundam plastic models move and battle by scanning them to a virtual arena. 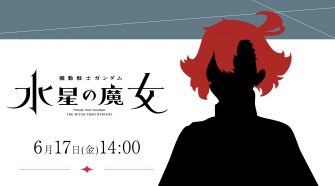