Designed by Yutaka Izubuchi, this version of the RGM-89 Jegan depicts the climactic scene from the Char’s Counterattack film, when multiple Jegans, along with AMS-119 Geara Dogas and Amuro Ray in his RX-93 Nu Gundam are trying to push back the Neo Zeon asteroid base Axis, and are enveloped in the aura of the Axis Shock.

This version of HGUC 1/144 Jegan is reproduced in a golden hue inspired by the aforementioned scene in the film where Jegans join the Nu Gundam and tries to push back Axis. The gunpla’s poly caps and clear visor parts have also been molded with new colors. Marking stickers are included, such as the Federation Forces mark, the Londo Bell mark, and the numbering of the mobile suit. 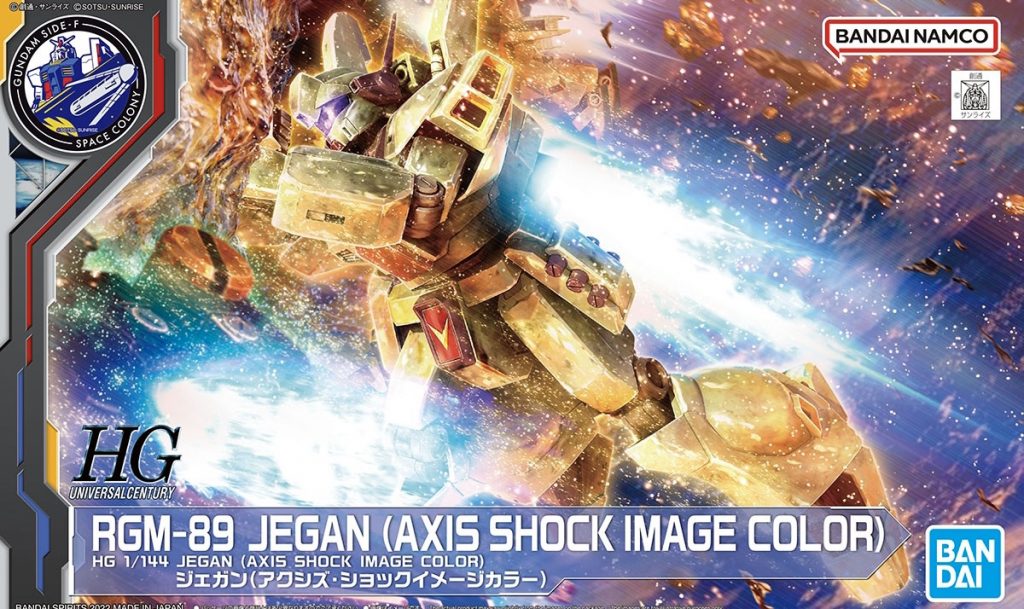 The HGUC 1/144 Jegan(Axis Shock Image Color) is priced at 1,650 yen with a July 16, 2022 release date. The model kit will be sold at Gundam Park Fukuoka‘s Gundam Side-F in advance, then release to the official Bandai Namco Group mail order site, The Gundam Base stores, and overseas at a later date.

Next Trailer for Final Gundam Reconguista in G Film Released 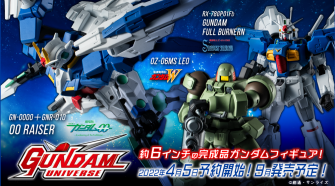