With the release of Mobile Suit Gundam: The Witch from Mercury PROLOGUE, Tamashii Nations announced the release of Gundam Aerial for their “Chogokin” line of diecast metal action figures. “Chogokin” is one of Tamashii Nations’s signature brands, utilizing diecast metal for unparalleled weight, sheen, and sheer presence. The products under this line also feature a variety of complex gimmicks.

The Witch from Mercury will be directed by Kiznaiver‘s Hiroshi Koyabashi, and penned by Code Geass scribe, Ichiro Ohkouchi. The tagline of the series is “This witch…rides a Gundam”. The series will broadcast this fall in October 2022 on twenty-eight of MBS and TBS TV networks on their 5pm “Nichigo” anime block, as well as simulcasted internationally.

A.S. (Ad Stella) 122―
An era when a multitude of corporations have entered space and built a huge economic system.
A lone girl from the remote planet Mercury transfers to the Asticassia School of Technology,
run by the Beneritt Group which dominates the mobile suit industry.
Her name is Suletta Mercury.
With a scarlet light burning in her pure heart,
this girl walks step by step through a new world
Previous
Next
Features
Accessories 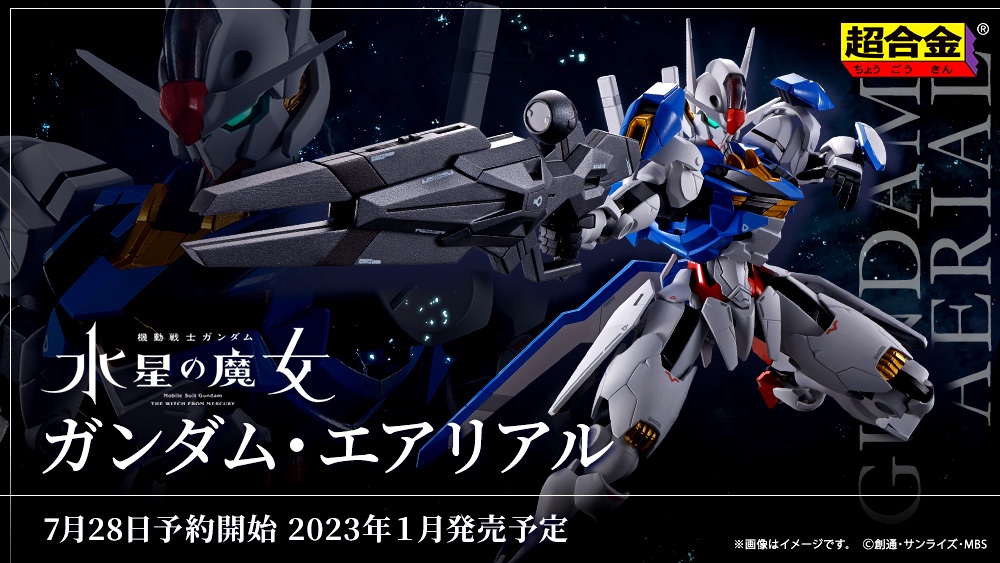 The Chogokin Gundam Aerial is priced at 24,200 yen with a January 2023 release date. 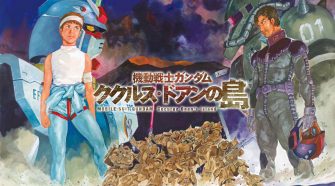