More details about the figure will be released May 12, 2022, along with Tamashii Nations’ “PrebanLabZ” livestream.

Next Gundam: The Witch from Mercury Releases 2nd set of Smartphone Wallpapers 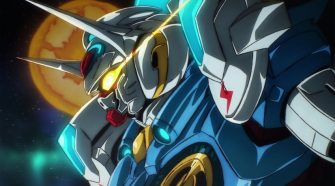