With the Mobile Suit Gundam Hathaway’s Flash premiere only two weeks away, Sunrise continues to build anticipation for the long-awaited film. A new 19 minute and 58 second preview was released on their Japanese-exclusive Gundam Channel on YouTube.

The additional footage in the preview(after the initial 15 minute version) begins with an opening credits sequence featuring a montage of mobile suits such as the Penelope, Messer and Gustav Karl, along with the song “Möbius” by Hiroyuki Sawano with vocals by mpi, Laco, and Benjamin. A music video for the tune was also uploaded to Gundam Channel.

The preview then moves to protagonist Hathaway Noa at the Davao airport being thanked for his heroic actions aboard Haunzen Flight 356 and speaking with Hundley Yeoksan of the Criminal Police Organization.

First in a trilogy of anime films helmed by Shukou Murase, Mobile Suit Gundam Hathaway’s Flash or Hathaway is the official sequel to the 1988 Mobile Suit Gundam Char’s Counterattack movie. The film is set to be released May 21, 2021 after nearly a year of COVID-19 related delays. The film project serves as the second entry in Sunrise’s U.C. NexT 0100 Project following Mobile Suit Gundam Narrative. The project was announced in November 2018 to celebrate the Gundam 40th anniversary, adapting the Yoshiyuki Tomino-penned novel series of the same name. The novels were originally released from 1989 to 1990, as a follow-up to Tomino’s Char’s Counterattack: Beltorchika’s Children novel, published by Kadokawa’s Kadokawa Sneaker Bunko imprint. 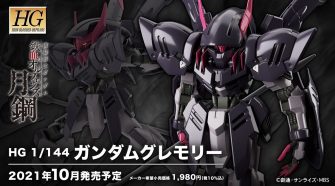