Previous HGUC Booster Bed for Nu Gundam Releasing in May 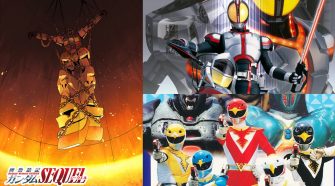