The announcement of the statue’s construction was made July 2020 a part of an overseas expansion project. The 18.03 meter Freedom Gundam will be erected at Mitsui Shopping Park LaLaport Shanghai Jinqiao, scheduled for 2021. Gundam Global Challenge’s Creative Director Masaki Kawahara, who helmed the construction of the previous Gundam statues, is involved in the Freedom Gundam project. The decision to expand overseas was publicized during the Gundam China Project presentation “Gundam G-kai 2020”.

The ZGMF-X10A Freedom Gundam is the second mobile suit piloted by protagonist Kira Yamato in the 2002-2003 Mitsuo Fukuda directed Mobile Suit Gundam SEED series. Set in the Cosmic Era, the series follows the brutal war between the Earth-dwelling “Naturals” and the genetically modified “Coordinators” living in space colonies called PLANTS. Kira Yamato, secretly a Coordinator, and his friends are studying at the neutral Earth nation Orb Union and become entangled in the war from a surprise attack from the PLANT’s military force ZAFT. Through desperation, they join the Earth Alliance military to serve aboard the Archangel. Being a Coodinator of exceptional ability, Kira becomes the pilot of the experimental GAT-X105 Strike Gundam, charged with protecting the Archangel and her crew against the ZAFT forces. 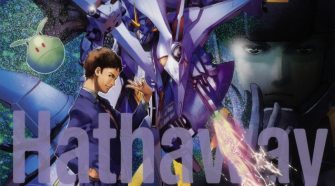