Tamashii Nations launched the ROBOT SPIRITS ver. A.N.I.M.E(Action New Imagination Memory Emotion) line of high end Gundam action figures in 2016, featuring dynamic anime proportions and dense sculpting, as well as a state-of-the-art articulation system that allows fans to recreate the impressive action scenes from the figures’ respective anime works. During Gundam Figures Live, Tamashii Nations announced their “A.N.I.M.E of the New Generations” initiative to develop a wider range of figures within the line from Gundam works outside of the Universal Century timeline.

Designed by Junichi Akutsu(draft) and Kunio Okawara(clean up) the GAT-X105 Strike Gundam is piloted by Kira Yamato in the 2002 Mobile Suit Gundam SEED series. The Strike was designed to operate in various environments and roles through the use different Striker packs.

Designed by Kunio Okawara, the ZGMF-1017 GINN is a mass-produced general purpose mobile suit deployed by ZAFT(Zodiac Alliance of Freedom Treaty), the military force and political organization of the space-dwelling Coordinators residing in the PLANTS. 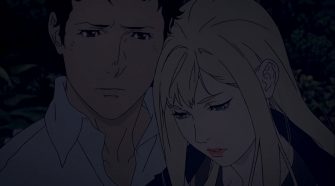