Re:End, a new band formed by Ryutaro Fujinaga from Elements Garden with vocalist kayto, has released a lyric video for their song “The Over”, which serves as the theme song for Mobile Suit Gundam: Iron-Blooded Orphans- Urdr-Hunt.

Towards the end of March “Gundam Channel”, the official Japanese Gundam YouTube channel”, released an anime theme-song video for the tune. 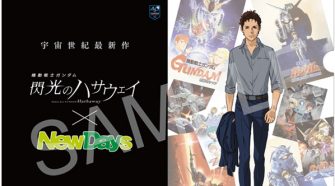