Kicking off anime studio Sunrise and Bandai Namco’s new Gundam Manhole Project, two manholes have been donated and will be installed in Odawara, Kanagawa Prefecture, the hometown of Gundam creator Yoshiyuki Tomino.

Announced in 2020, the Gundam Manhole Project is an initiative by the Bandai Namco Group’s “Gundam Project” in cooperation with local governments across Japan to promote tourism to those regions as well as express the bond between Gundam fans transcending generations.

The city of Odawara will be receiving a RX-78-2 Gundam-themed manhole with the background of Odawara Castle and a Char’s MSM-07s Z’Gok-themed manhole with the background of the “Chochin Lighthouse” in Odawara Fishing Port, both of which are unique landmarks to Odawara.
A “Gundam Manhole Donation Commemoration Ceremony” was held on Saturday, July 17. Director Tomino attended the ceremony with Odawara mayor Teruhiko Moriya.

The Gundam manholes will be on display at Odawara Castle from July 18 to July 31 and will be installed in the city on August 1 (Sun.).

The Gundam Manhole Project is currently accepting applications and inquiries from local governments for the second and subsequent manhole donations.

The director is currently retelling the series in the form of five compilation films. The film series was announced in November 2018 as a part of the Mobile Suit Gundam 40th Anniversary Project. The compilations were to include new scenes and newly recorded, updated dialogue.

Gundam Reconguista in G III: A Legacy from Space is set to release this Thursday, July 22 to Japanese theaters. 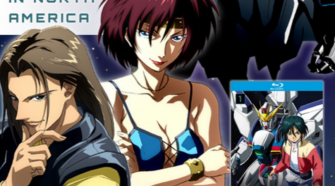