Celebrated mechanical designer Kunio Okawara has released the “Tora Gundam” design for the upcoming Chinese New Year, which marks the year of the Tiger. Tora(寅) translates to “Tiger” in Japanese. This will mark the fourth “Zodiac Gundam” the 74 year old designer has made for the yearly cultural festival since 2019. His previous designs included the Ushi(Ox) Gundam, Nezumi(Rat) Gundam, and Inoshishi(Boar) Gundam. These designs are primarily marketed towards mainland China with exclusive merchandise and artwork.

Next Hathaway’s Flash Voted Most Impressive Gundam Topic for 2021 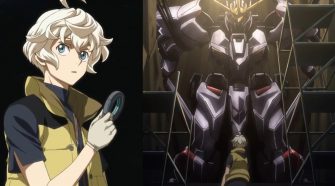