The official website for Mobile Suit Gundam: Cucuruz Doan’s Island has announced the release date for the upcoming film, as well as posted the film’s story, cast members and character bios. The film will release to theaters June 3, 2022.

Actor commented about returning to the role:

“I never thought that ‘Cucuruz Doan’s Island’ would become a movie. After 43 years, to be able to play 15-year-old Amuro in a movie, fighting in Gundam again, is a great honor for a voice actor. I spent a lot of time rehearsing at home for the recording. When I finished watching the last scene, I unexpectedly burst into tears. The very realistic behavior of the mobile suits and the rich, expressive characters make this a truly fascinating work of art that only director Yasuhiko could create.”

After enduring the battle at Jaburo, the Earth Federation Forces plan to launch a major counteroffensive to capture Odessa, the home of Zeon’s Earth Attack forces. The White Base, with Amuro and his fellow crew aboard, head towards Belfast to receive the last resupply before the operation. White Base is then given a mission. The mission is to mop up the remaining Zeon enemies on an uninhabited island, commonly known as the “Island of No Return”. Amuro and his team embark on a search for the remaining spies, but what they see is a group of children and a Zaku that should not be there. After losing his Gundam in a battle, Amuro meets a man who calls himself Cucuruz Doan. Will he be able to uncover the secrets of the island, and will Amuro be able to find the Gundam again and escape safely……? 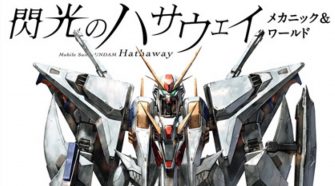