Titled “Senko” or “Flash”, the song is said to be an uplifting rock number, having a highly stimulating sound and arrangement with an impressive guitar riff that adds color to the epic Gundam story.

The CD single will be released May 5, 2021, two days before the film’s domestic Japanese release, in four variations and include the original version of the song, an English version, and an instrumental. A Blu-ray/DVD will also be included in some packages featuring [Alexandros]’s “Secret Session live at Shimokitazawa Shelter”, containing their songs: Adam’s Apple Pie
Revolution, My Friend
My Blueberry Morning
Stimulator
Senko
For Freedom 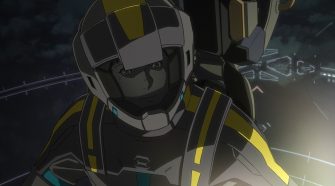