Manufactured by the mobile suit industry giant Anaheim Electronics, the RMS-099 Rick Dias is one of the main mass-produced units in the employ of the A.E.U.G, as seen in the 1985 Mobile Suit Zeta Gundam series. The mobile suit was best known to be piloted by A.E.U.G members Roberto and Apolly Bay. A.E.U.G commander Quattro Bajeena famously piloted a custom red version.

The model kit is an update to the 2000 Rick Dias, featuring new details and exterior armor parts made with new color molds. Multiple joints have also been added to the arms, legs, and crotch to achieve a wide range of motion.

The model kit will include a Clay Bazooka, Beam pistol, and Beam Saber as accessories.

As a companion item, Bandai Spirits will also be reselling the HGUC 1/144 Dodai Kai under Premium Bandai. The Dodai Kai is a sub-flight system best known utilized by the A.E.U.G.

The model kit is perfect to be paired with various Gryps War-era mobile suits such as the Dijeh, Hyaku-Shiki, GM II, GM III, Gundam MK-II, Nemo and Rick-Dias. The HGUC 1/144 Dodai Kai is priced 1,320 yen with a June release date.

Previous Gundam 0080: War in the Pocket to Stream for Free on Gundam Channel 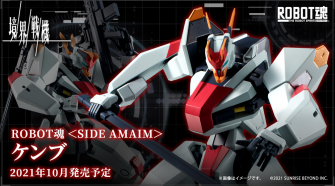