“Chogokin” is one of Tamashii Nations’s signature brands, utilizing diecast metal for unparalleled weight, sheen, and sheer presence. The products under this line also feature a variety of complex gimmicks.

In addition to its precision design and paint job, the Chogokin RX-93ff Nu Gundam is made of heavy diecast metal and features a light-up gimmick, giving it a sense of luxury.

Located on the fourth floor of Mitsui Shopping Park LaLaport FUKUOKA in Hakata-ku, Fukuoka City,Gundam Park Fukuoka is stated to be the birth of a new Gundam entertainment complex where information, merchandise, sports entertainment, and amusement of the Gundam series are gathered in one place. The facility had its grand opening on April 25, 2022. 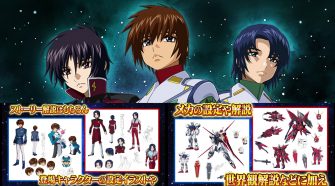