The official Twitter account for the upcoming Mobile Suit Gundam: Cucuruz Doan’s Island film has announced the cast for the Principality of Zeon’s “Southern Cross” Team, along with their custom Zaku mobile suits.

He is the current commander of the mobile suit unit that Doan once led. He hates Doan, who deserted.

He is the second-in-command of the Southern Cross and is the sniper in his unit. He is a precision shooter with an anti-ship rifle shorty.

One of the Southern Cross team. She has feelings for her former captain, Doan, in a different way from Egba.

A member of the Southern Cross team that supports the front line in Morocco. He is a pilot who has excellent piloting skills, even amongst the elite squadrons.

A mobile suit pilot who volunteered to join the Southern Cross team. He is belligerent and interested in Doan, the former captain. 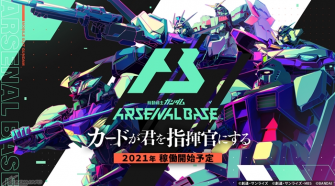