Dubbed the “Mobile Suit Gundam Trilogy”, releasing from 1981 to 1982, the film series is a recompilation of the original 1979 Mobile Suit Gundam anime series, directed by Yoshiyuki Tomino. Set in the Universal Century 0079, Amuro Ray finds himself caught up in the brutal war between the Earth Federation and the Principality of Zeon seeking independence. He unwillingly becomes the pilot of a prototype mobile suit called the RX-78-2 Gundam, that is believed to turn the tide of the stalemate between the two sides. Now he and the crew of the White Base will have to fight for their very lives as Zeon attempts to destroy this new weapon at all costs.

Set fourteen years after the One Year War in U.C. 0093, Char’s Counterattack serves as the final confrontation between legendary rivals Amuro Ray and Char Aznable. Char has risen to power as leader of Neo Zeon and plans an all-out assault to decimate the Earth’s population to revive the planet. Released to theaters in 1988, Char’s Counterattack adapts Yoshiyuki Tomino’s 1987 Mobile Suit Gundam High-Streamer novel.

Earlier in April 2021, Netflix announced they were partnering with Legendary Pictures and anime studio Sunrise to release the live-action Gundam film with Kong: Skull Island’s Jordan Vogt-Roberts attached as director. Y: The Last Man and Runaways scribe Brian K. Vaughan is set to write the screenplay and will also act as an executive producer. Legendary’s Cale Boyter is overseeing the project alongside Sunrise. Currently, there have been no announcements for the story, casting or a release date for the film. 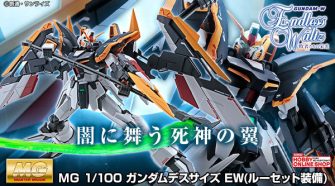