Kenbu is a close-combat MAILES (AMAIM equipped with I-LeS), built from scrap parts and piloted by Amou and the AI Gai. The combination of Amou and Gai gives this MAILES the performance and mobility that overwhelms other AMAIMs.

The ROBOT SPIRITS <SIDE AMAIM> Kenbu is priced at 4,950 yen with an October 2021 release date.

Fafner’s Nobuyoshi Habara is directing the anime at Sunrise BEYOND, with Gundam Build Divers’s Noboru Kimura on script supervision. Kenichi Ohnuki of Gundam Build Fighters fame is designing the characters and Rasmus Faber is composing the music. 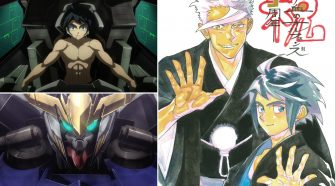