An opening ceremony is being held for the life-sized Freedom Gundam statue in Shanghai, China. The event will be live streamed from Chinese streaming service bilibili at 6:00 PM (JST) May 28th.

A special anime video created by Mobile Suit Gundam SEED series director Mitsuo Fukuda will premiere during the live stream, along with music artist T.M.Revolution/Takanori Nishikawa appearing as a special guest. Takanori Nishikawa performed many of the theme songs for Mobile Suit Gundam SEED, including its sequel SEED Destiny and will send a message of support from Japan with a live performance.

The statue is the first life-size Gundam statue to be built overseas, and is erected at Mitsui Shopping Park LaLaport Shanghai Jinqiao in China. The announcement of the statue’s construction was made July 2020 a part of an overseas expansion project. The ZGMF-X10A Freedom Gundam is the second mobile suit piloted by protagonist Kira Yamato in the Mobile Suit Gundam SEED series.

The July 2021 issue of Kadokawa’s Gundam Ace teased that the publication’s September issue will announce a new project for the Mobile Suit Gundam SEED series on July 26. The SEED series celebrates its 20th anniversary next year in 2022.

The SEED series has enjoyed an enduring popularity throughout the years with high television ratings, DVD and CD sales, along with a massive successful line of Gundam model kits. 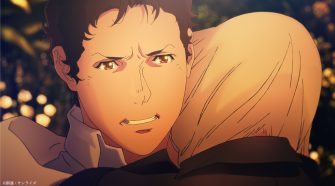