The first of the projects is an anime short by Mitsuo Fukuda to commemorate the installation of the life-sized Freedom Gundam statue at LaLaport Shanghai Jingqiao in China. The next projects are the development of a new video game based on the Mobile Suit Gundam SEED series and the manga serialization of Mobile Suit Gundam SEED ECLIPSE, an official spin-off story to Gundam SEED MSV beginning July 26 in the September 2021 issue of Gundam Ace, as well as new Gundam model kits.

And lastly, an official update on the long-obscured anime theatrical film that was initially announced fifteen years ago in 2006.

“SUNRISE is currently producing the theatrical feature film that will be a sequel to the animated TV series under the direction of Mitsuo Fukuda. We’ll keep informing you of more details including its release schedule in due course.”

The SEED series has enjoyed an enduring popularity throughout the years with high television ratings, DVD and CD sales, along with a massive successful line of Gundam model kits. 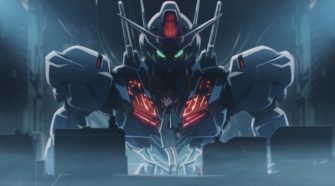