Switzerland-based watch company Romago Swiss has announced a collaboration with anime studio Sunrise, the stewards of the Gundam series, to release a new series of Gundam watches.

This new watch series is stated to be the first time for Romago to design a watch with military elements, balancing Gundam‘s characteristics and Swiss craftsmanship. The watches will be limited to only one-hundred orders each, both priced at HKD 19,800 or 2,580 USD, releasing December 20, 2021.

A square watch with a diameter of 46.5 mm, embellished with a symbolic design in the Gundam color scheme, a Swiss-made automatic movement, and a unique and iconic small seconds hand, the watch is water resistant to 50 meters.

This watch is equipped with a 46.5 mm diameter steel case with black plating and a sand-colored butterfly clasp strap to highlight the wearer’s style, and a secondary strap with a black steel butterfly clasp for a cool look. The gradation of sand color in the uniform color scheme gives the whole watch a higher level.

The original 1979 Mobile Suit Gundam anime series was made in collaboration with Gundam’s director Yoshiyuki Tomino, animator Yoshikazu Yasuhiko, and mechanical designer Kunio Okawara. The series is set in the year 0079 of the Universal Century, the war between the Earth Federation and the Principality of Zeon has reached a stalemate. However, when Zeon learns about the Federation’s new mobile suits being developed at the Side 7 space colony, Char Aznable launches an attack to destroy them. A boy named Amuro Ray finds himself caught up in the conflict when he becomes the unwilling pilot of the Federation’s new mobile suit – the Gundam.

The Mobile Suit Gundam series is credited for pioneering the real robot mecha sub-genre, moving away from simple “good vs evil” storylines and depicting mecha as “superheroes” as in the Super Robot genre, but as realistic war machines with grounded, nuanced political narratives. 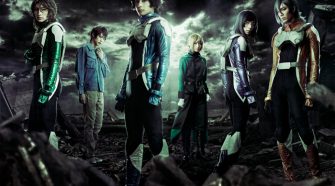