Bandai-Namco has announced the launch of the Gundam Breaker Battlogue Project, a multifaceted project that will span games, Gundam model kits, and anime.

The Gundam Breaker Battlogue Project aims to strengthen the connection between the Gunpla-centric Gundam Breaker video game series and Gundam models. Newly designed mobile suits will be released both in the games and as Gunpla.

All models in the HG Gundam Breaker Battlogue series will be structurally redesigned and include joint parts that allow for various combinations of the head, torso, arms, and legs parts, so that builders can enjoy customizing their one-of-a-kind Gunpla as they would do in-game. Limited edition gunpla will also be released exclusively overseas, primarily in the United States.

Anime production studio Sunrise will produce a six-episode anime series, Gundam Breaker Battlogue, that will showcase the project’s original mobile suits.
The characters from both the mobile game Gundam Battle: GUNPLA Warfare/Gundam Breaker Mobile and the PlayStation4/PlayStationVita game Gundam Breaker 3 will appear in the anime.
The anime is scheduled to start streaming Fall 2021 on the official Gundam YouTube channels, Gundam Channel for Japan, and on Gundam Info internationally. The anime series will also be accessible from the Gundam Battle: GUNPLA Warfare/Gundam Breaker Mobile app. 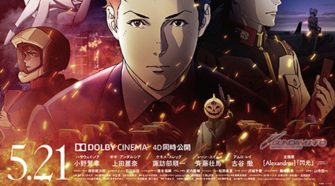