Osaka, Japan is set to host the next World Expo in 2025, following Expo 2020 in Dubai, United Arab Emirates. The theme for Expo 2025 is “Designing Future Society for Our Lives,” with the sub themes of “Saving Lives,” “Empowering Lives,”and “Connecting Lives”. Expo 2025 Osaka, Kansai, Japan is planned to commence from April 13 to October 13, 2025.

In February, the Bandai Namco Group announced it was nominated as an exhibitor for Expo 2025 Osaka, Kansai, Japan, and planned to use Mobile Suit Gundam as its theme.

With Bandai Namco Group’s corporate restructuring in April, the company launched the “Fun for All into the Future” initiative as their new purpose, aiming to connect with people around the world through its IP(intellectual property). Bandai Namco applies these principles to Expo 2025.

Tentatively titled, “GUNDAM PAVILION ANOTHER GUNDAM WORLD,” Bandai Namco will exhibit the pavilion as a grand demonstration experiment to solve issues of future society based on its own IP, Mobile Suit Gundam, set in “Another Universal Century”.

The “Gundam Pavilion” will follow the four themes of “Demonstrative experiments to solve problems of future society,” “Realization of “co-creation” through human connections,” “Future possibilities presented by Mobile Suit Gundam” and “Future experiences linking the real and the virtual”. 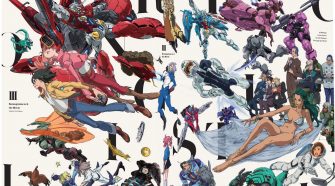