Lalah Sune appears in the 1979 Mobile Suit Gundam series, depicted as the protégé to antagonist Char Aznable and the Newtype pilot of the MAN-08 Elmeth mobile armor. She becomes the tragic shared love interest between protagonist Amuro Ray and Char, having a substantial impact on both characters.

Japanese retailer HobbyLink Japan is releasing the figure, describing it as:

Lalah Sune from “Mobile Suit Gundam” is one of the most beloved characters in the entire franchise, and now she’s finally joining MegaHouse’s GGG (Gundam Girls Generation) figure lineup! She wears her familiar yellow dress, rising above her Mobile Armor supported on ethereal energy; her sleeves and hem float with the zero gravity, and while she may be smiling, her expression also exudes sorrow and loneliness. 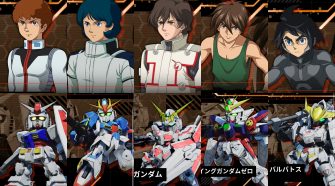