From the data entry for the mobile suit, the ASW-G-XK XK is the prototype form of ASW-G-XX Gundam Vidar. Piloted by Vidar, with Gjallarhorn technician, Yamazin Toka, the XK was used for testing and adjusting the Alaya-Vijnana type E. The XK is armed with the Proto Burst Saber and 110mm Vidar Custom Rifle. Like the mobile suit itself, the Proto Burst Saber was also undergoing operational testing. When the weapon was officially adopted, the positions of the binders were revised in accordance with Vidar’s request.

Based on the data obtained in the test, Yamazin proceeded with the adjustment of the mobile suit, which later became the Gundam Vidar. Both the XK and Gundam Vidar are designed by Iron-Blooded Orphans mechanical designer Ippei Gyoubu.

The ASW-G-XX Gundam Vidar is introduced in season 2 of Iron-Blooded Orphans series, piloted by Gaelio Bauduin under the name “Vidar”.

Bandai Namco Entertainment launched the long-gestating Mobile Suit Gundam: Iron-Blooded Orphans G in November as a new smartphone app where fans can experience the world of Iron-Blooded Orphans through anime and game play. The app allows fans to play through the main Iron-Blooded TV series, and new content such as the spin off Urdr-Hunt and Side Stories.

“Side Stories” are short episodes that depict new stories about the characters that appeared in the Mobile Suit Gundam: Iron-Blooded Orphans TV series. The app is available in the App Store and Google Play, currently without an international release. 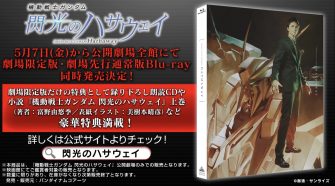