The Seiyū Awards is an annual awards ceremony recognizing outstanding voice acting performance in anime and other Japanese media that began in March 2007. The event selection committee have announced the winners for the 16th iteration of the Seiyū Awards, the ceremony took place March 5, 2022 at JOQR Media Plus Hall.

Kensho Ono, who portrays protagonist Hathaway Noa in Mobile Suit Gundam: Hathaway’s Flash, has won the Best Lead Actor Award. Best Lead Actor is an award for the best leading performances from an actor during the year.

Best Supporting Actor Award– Award for best supporting performances from an actor during the year.

Personality Award- Award for a voice actor or actress who has done notable work in radio, web radio, or TV as a personality, whether under their own name or a character’s.

Foreign Film/Live-Action Show Award- Voice actors who have been active in foreign dubbing and foreign drama productions during the year.

Merit Award– Award for the seiyū who have contributed to many genres, including foreign works, over the years 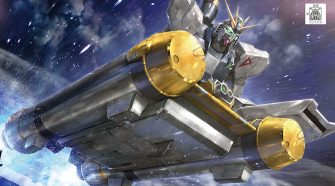