The HGUC 1/144 Booster Bed can be used to mount mobile suits such as the RX-93 Nu Gundam and be connected to the HGUC 1/144 Type 89 Base Jabber. The model will include MS connection parts and be used with action bases to achieve a variety of different forms and poses.

The HGUC 1/144 Booster Bed for Nu Gundam is priced at 1,320 yen with a May 21, 2022 release date. The model kit will be sold at Gundam Park Fukuoka‘s Gundam Side-F in advance, then release to the official Bandai Namco Group mail order site, The Gundam Base stores, and overseas at a later date. 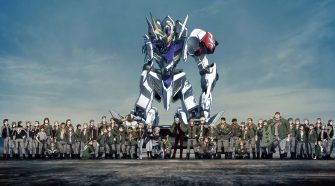