With the opening of the Yoshikazu Yasuhiko/Mobile Suit Gundam: THE ORIGIN Exhibit, Kadokawa Shoten’s Newtype Anime Market(in their Kadokawa E-commerce store) will be selling select framed art reproductions of director/animator Yoshikazu Yasuhiko’s illustrations from the exhibit.

The art reproductions will be B4 size paintings with a wooden frame and are available for pre-order until February 21, 2022. The “Vol 1” of the art reproductions have five choices available, designated A,B,C,D, and E. Each piece of art is priced at 33,000 yen with a late April 2022 release date. 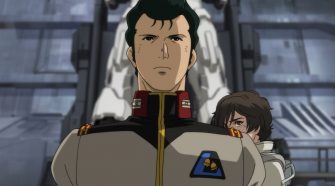