The news of Sunrise’s “change” sent shockwaves among fans around the world of the historic studio, lamenting the corporate restructuring. Sunrise assured fans on their company website in a statement, “Although the structure of the company has changed, we will continue to produce ‘good things’ that deliver excitement to people around the world by bringing together the passions of each and every one of us, centering around the unique ‘SUNRISE’ brand that we have been refining for many years.” The statement echoes the sentiment Bandai Namco expressed in their press release for the merger’s announcement, emphasizing the individuality of Sunrise.

From its humble beginnings as Sunrise Studio formed by former Mushi Production employees in 1972, Sunrise became one of the most prolific and largest anime studios in the industry. The animation juggernaut is best known for its revolutionary “mecha anime” and spearheading the massive Gundam franchise. The original 1979 Mobile Suit Gundam anime series was made in collaboration with Gundam’s director Yoshiyuki Tomino, animator Yoshikazu Yasuhiko, and mechanical designer Kunio Okawara. Partnered with Bandai Namco, Gundam has since become one of the most recognizable Japanese brands worldwide with its myriad of entries, rich storytelling and thematics, breathtaking animation, and model kit empire. 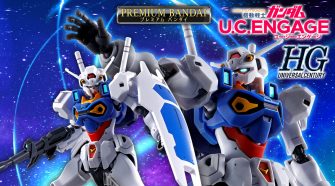