Following the announcement last week of Bandai Namco’s “Gundam Manhole Project” expanding to Sagamihara in Kanagawa Prefecture, six more Gundam manholes have been announced to be installed across Japan’s Hokkaido region in Toyotomi, Wakkanai, and Teshio.

The manholes come in a total of six designs, depicting the iconic RX-78-2 Gundam and MS-09 Dom, famously piloted by the Principality of Zeon’s Black Tri-Stars in the original 1979 Mobile Suit Gundam series, with various locations from the three towns and cities.

On April 22, a joint donation ceremony will be held at the “Flat★Kita” Toyotomi Community Center, and a photo session will be held inside the center until April 24. The manholes will finally be installed afterwards on the 26th. 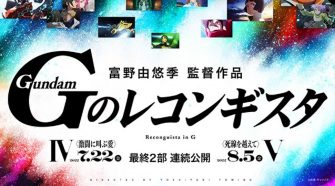