Sony-owned anime distributor Crunchyroll has announced a limited theatrical release for the recent hit anime film, Mobile Suit Gundam: Cucuruz Doan’s Island. The film will be screened in select theaters with both English-subtitled and dubbed showings in the United Kingdom, the United States, Canada and Australia. The dates as followed:

Crunchyroll describes the story as:
After a covert mission goes wrong, Mobile Suit pilot Amuro Ray and his comrades are stranded on a remote island. The battalion was sent to a land called the Island of No Return to clear off any enemy forces, only to find a group of children and an enemy mecha attack. Now Amuro must find a way for them all to escape this mysterious land, but not before meeting a strange man—Cucuruz Doan.

Announced during the 2nd Gundam Conference on September 2021, Cucuruz Doan’s Island is a new anime film directed by Yoshikazu Yasuhiko, the esteemed character designer and chief animation director of the original 1979 Mobile Suit Gundam series, as well as chief director of the 2015-2018 Mobile Suit Gundam: The Origin series. The film is a remake and new perspective on the fifteenth episode of the same name from the original series. Since its release on June 3, 2022, the film has grossed 1.08 billion yen with 550,000 attendees. Last month,  Bandai Namco Filmworks announced the film’s home video release in Japan with DVD, Blu-ray and 4K Ultra HD Blu-ray options, set for a November 2022 roll out. 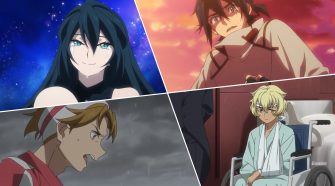