Next Zodiac Gundam Ox gets New Illustrations and Figure 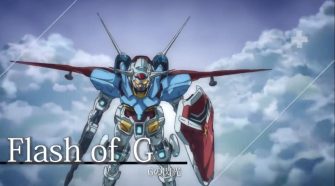