Published by Futabasha, Mobile Suit Gundam: Hathaway’s Flash Mechanic & World is a new book that has been released today in Japan.

The book thoroughly dissects the acclaimed anime film Mobile Suit Gundam: Hathaway’s Flash, covering the world of the film from the perspective of the history of the Universal Century and its characters.
Included in the book are interviews with Unit Director Hidekazu Hara, Nobuhiko Genma, Seiichi Nakatani, Kimitoshi Yamane, Yoshinori Sayama, Takayuki Masuo, Director Shuko Murase, and Producer Naohiro Ogata, who were all involved in the production of the film. 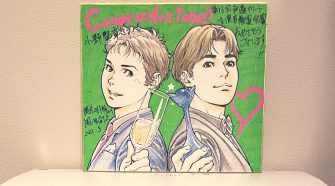