As Sunrise gears up for the release of the long-awaited Mobile Suit Gundam Hathaway’s Flash anime film in just one week away on May 21, official Gundam-apparel brand STRICT-G is now selling an entire collection of Hathaway’s Flash clothing items. As the Tokyo Odaiba store is temporarily closed due to Japan’s state of emergency,, and available for pre-order on Premium Bandai.

There are two types of T-shirts in total: A black Xi Gundam version and white Penelope version, with graphic designs expressed through foil printing and gradients. Price: 5,280 yen.

This is a well-balanced windproof, water-repellent, and lightweight jacket made of soft textured ripstop material, inspired by the Anti-Federation Movement, Mafty. Price: 8,580 yen

This is a plush mascot pouch of the pumpkin head hijacker who called himself Mafty and caused the hijacking of Haunzen Fligjt 356, with a zippered pocket on the back for coins and other small items. Price: 2,200 yen

The mascot key chain comes with a ball chain to attach it to various items. Price: 1,320 yen

First in a trilogy of anime films helmed by Shukou Murase, Mobile Suit Gundam Hathaway’s Flash or Hathaway is the official sequel to the 1988 Mobile Suit Gundam Char’s Counterattack movie. The film is set to be released May 21, 2021 after nearly a year of COVID-19 related delays. The film project serves as the second entry in Sunrise’s U.C. NexT 0100 Project following Mobile Suit Gundam Narrative. The project was announced in November 2018 to celebrate the Gundam 40th anniversary, adapting the Yoshiyuki Tomino-penned novel series of the same name. The novels were originally released from 1989 to 1990, as a follow-up to Tomino’s Char’s Counterattack: Beltorchika’s Children novel, published by Kadokawa’s Kadokawa Sneaker Bunko imprint. 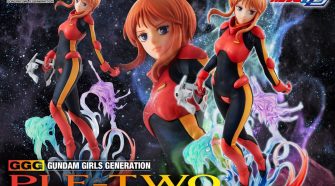