In the film’s second weekend, it earned 1,016,249,400 yen in 10 days from June 11 (Friday) to June 20 (Sunday) with 501,706 tickets sold. This marked the first time in thirty-three years a Gundam entry has exceeded one billion yen in box office revenue since the 1988 Mobile Suit Gundam Char’s Counterattack, which earned 1.13 billion yen.

The official Gundam Hathaway website has reported the film has exceeded 1.5 billion yen in total box office receipts as of July 5, the fourth week of its release. In weekend box office revenue, it has remained ranked in the top 3 for 4 consecutive weeks. Hathaway has earned 1,583,779,400 yen in 24 days from June 11 to July 4, with 779,032 tickets sold. 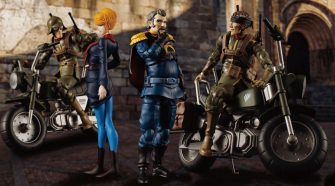