Rock-band [Alexandros] recently released the music video for their new single “Senkou”(which translates to “Flash”), that serves as the theme song for the upcoming Mobile Suit Gundam Hathaway’s Flash film.

The group yesterday also began releasing digital versions of the song weeks in advance of its full release on May 5, 2021 to Japanese regions available at various music streaming services and digital music stores. The song is also streaming on their official YouTube channel for international viewers, see below.

Despite the delay of the Hathaway’s Flash anime film’s premiere to May 21, 2021, the physical release for the single will continue to be shipped out May 5, 2021 in four variations and include the original version of the song, an English version, and an instrumental. A Blu-ray/DVD will also be included in some packages featuring [Alexandros]’s “Secret Session live at Shimokitazawa Shelter”, containing their songs:

First in a trilogy of anime films, Mobile Suit Gundam Hathaway’s Flash, or Hathaway is the official sequel to Mobile Suit Gundam Char’s Counterattack and is set to premiere May 21, 2021 in Japanese theaters. The film project serves as the second entry in Sunrise’s U.C. NexT 0100 Project following Mobile Suit Gundam Narrative. The project was announced in November 2018 to celebrate the Gundam 40th anniversary, adapting the Yoshiyuki Tomino-penned novel series of the same name. The novels were originally released from 1989 to 1990, published by Kadokawa’s Kadokawa Sneaker Bunko imprint. 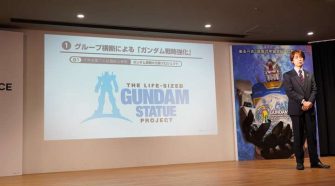