As the latest Gundam TV outing is days away, Gundam Info, the official International Gundam YouTube channel, announced streaming information for Mobile Suit Gundam the Witch from Mercury. The anticipated series will stream on the dedicated channel in Asia and regions in Oceania, while Sony-owned anime distributor Crunchyroll will stream the series worldwide excluding Asia. More information on additional regions will be made at a later date.

Mobile Suit Gundam the Witch from Mercury is directed by Kiznaiver‘s Hiroshi Koyabashi, and penned by Code Geass scribe, Ichiro Ohkouchi. The tagline of the series is “This witch…rides a Gundam”. The series will broadcast in Japan this fall October 2, 2022 on twenty-eight of MBS and TBS TV networks on their 5pm “Nichigo” anime block, as well as the aforementioned international simulcasts. The PROLOGUE for the series is now streaming on Gundam Info.

YOASOBI is performing the opening theme song the series, titled “Shukufuku” or “The Blessing”. The tune is  accompanied by an original novel “Cradle Star”, authored by Ichiro Ohkouchi. The song will be released digitally on October 1, a day before the start of the series.  A limited edition CD of “The Blessing” will be released on November 9. Priced at 4,400 yen, it will include an original YOASOBI-themed Demi Trainer Gundam model kit, YOASOBI-themed marking stickers for the HG Gundam Aerial, and the “Cradle Star” companion novel. 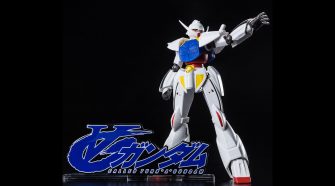