To congratulate Ono, Hathaway’s Flash animation character designer and chief animation director, Naoyuki Onda, gifted the actor with an illustration of him toasting with his character Hathaway. 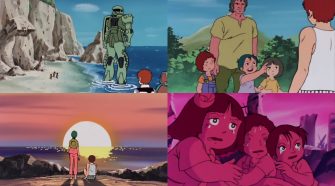