Released to theaters last Friday June 11, 2021 in Japan, Hathaway’s Flash began screening at 215 theaters and Blu-ray editions were sold at the venues. A total of 53,674 copies were sold at all 215 theaters, including 34,222 copies for the limited edition and 19,452 copies for the regular edition. The Blu-ray sales have far surpassed the 6,772 copies of Mobile Suit Gundam The ORIGIN: VI Rise of the Red Comet in 2018 and the 19,998 copies of Mobile Suit Gundam Unicorn episode 7 Over the Rainbow in 2014.

Next Mobile Suit Gundam 00 Officially Streaming for Free on YouTube 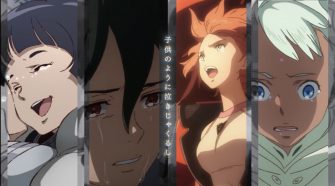