As Mobile Suit Gundam the Witch from Mercury has completed its first season, the TV edition of the hit anime film, Mobile Suit Gundam: Hathaway’s Flash will be assuming its 5pm time slot on MBS and TBS‘s Nichigo anime block.

Along with a short preview for the upcoming miniseries, the title of its first episode has been revealed, “Landing Ground”. The name is directly pulled from the title of chapter 6, volume 1 of the original novel series, written by Gundam creator Yoshiyuki Tomino.

Initially announced in September 2022 a part of Bandai Namco‘s GUNDAM NEXT FUTURE initiative, TV editions of Universal Century works will broadcast from January to March 2023 in Mobile Suit Gundam the Witch from Mercury‘s time slot. According to Bandai Namco, these TV Editions will help introduce the Universal Century to new fans who are experiencing the Gundam series the first time through the Witch from Mercury.

The GUNDAM NEXT FUTURE x Nichigo schedule is as followed: 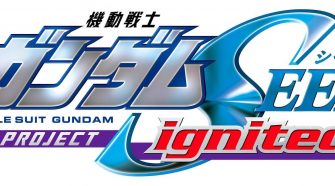