A part of Sunrise’s “Road to UC 0105” YouTube campaign, the anime studio will be streaming the 1991 Mobile Suit Gundam 0083: Stardust Memory series on their official Gundam YouTube channel, Gundam Channel.

Releasing from 1991 to 1992, the thirteen episode Stardust Memory series was directed by Mitsuko Kase (episodes 1–7) and Takashi Imanishi (episodes 8–13). The year is Universal Century 0083, and three years have passed after the One Year War ended with the Principality of Zeon’s defeat. The Delaz Fleet, a group of Zeon remnants, launched an attack on the Earth Federation’s Torrington Base, stealing the prototype RX-78GP02A Gundam “Physalis”, a mobile suit with nuclear launch capability. Kou Uraki, an Earth Federation test pilot at Torrington Base, is selected as the pilot of the GP02A’s sister unit RX-78GP01 Gundam “Zephyranthes” and joins the Pegasus-class carrier Albion as it pursues the stolen GP02A in order to stop the Delaz Fleet’s ultimate goal: “Operation Stardust”.

Gundam Channel is primarily tailored to Japanese audiences and there has been no statement made if the stream will be accessible to English speaking or other foreign audiences. 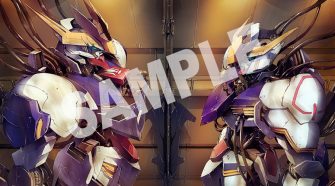