The #TwitterTrend Awards is annual series of awards selected by a Japanese committee based on a variety of data for words that have been trending the most on Twitter in 2021. This is the awards’ fifth year of operation.

“Gundam” is ranked 20th in the Twitter Trend Awards for 2021 due to the tweets made by Gundam Info and others on September 15 for the Gundam brand’s 2022 projects: Mobile Suit Gundam the Witch from Mercury, Mobile Suit Gundam: Cucuruz Doan’s Island, Mobile Suit Gundam Iron-Blooded Orphans: Urðr-Hunt and construction of the life-size RX-93ff Nu Gundam statue.

Mobile Suit Gundam the Witch from Mercury is the highly anticipated first new Gundam TV anime series in seven series, since the broadcast of Mobile Suit Gundam Iron-Blooded Orphans. The series is currently shrouded in mystery as far as plot or staff, but is stated to attract a new younger audience with teenagers. Bandai-Namco Group will be working with external “G-PARTNER” members on the series to aim for “large-scale deployment than ever before”. The series is set to release next year in 2022. 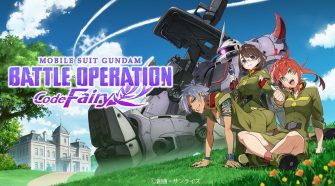