Gundam Reconguista in G IV: Love That Cries Out in Battle and Gundam Reconguista in G V: Beyond the Peril of Death will release in Japan on Blu-ray and DVD February 24, 2023 and March 24, 2023, respectively. The two movies will each have a Blu-ray Perfect Pack edition priced at 13,200 yen, Blu-ray limited edition for 9,680 yen, Blu-ray normal edition for 7,480 yen, and DVD for 6,380 yen. A new trailer has been released for the films.

Mechanical designer Ippei Gyoubu returns to illustrate the jacket cover art for these final two releases. Love That Cries Out in Battle will feature VGMM-Gf10 Gundam G-Lucifer, while Beyond the Peril of Death features the VGMM-Git01 Kabakali; both mobile suits Gyoubu personally designed for the series. Orders from participating retailers will also include two types of mini colored paper, illustrated by Gyoubu as well.

Bandai Namco Filmworks will also be releasing a “Gundam Reconguista in G Compact Blu-ray BOX”, containing all 26 episodes of the original TV series. The box set will release March 24, 2023 priced at 19,800 yen.

Along with the three previous entries in the Gundam Recoguista in G film series, North American anime distributor RightStuf Anime will be importing the Blu-ray Perfect Pack editions for the two films.

Photon batteries are an energy source created to save the resource-depleted Earth. Bellri Zenam, Aida Surugan, and their comrades have left the Earth Sphere to head for the source of these energy devices that cannot be manufactured on Earth. Now the Megafauna finally reaches its destination, the Venus Globe in the inner solar system. After battling the G-IT Corps, which plans to return to Earth in a Reconguista operation, Aida has an opportunity to meet with President La Gu of the Hermes Foundation, the organization that controls the production and supply of the photon batteries.

The Megafauna, carrying Bellri and his comrades, leaves the Venus Globe in pursuit of the G-IT Corps. However, the war situation in the Earth Sphere has changed completely in the interim. The Capital Army, the Amerian forces, and the Dorette Fleet, which have been confronting each other outside the atmosphere, are now clashing even more violently around the untouchable sacred ship Kashiba Mikoshi.

Amid all this, Bellri wishes to end the tragedy and hatred that war creates. Knowing that humanity is in danger, his sister Aida turns her attention to a new age. But the Capital Army is now fighting alongside the G-IT Corps, while the Amerian forces, reinforced by the new strength brought by the Megafauna, attempt to ally themselves with the Dorette Fleet. Thus, a series of amazing mobile suits capable of sinking the largest space warships are thrown onto the battlefield one after another. The war in space intensifies and swallows countless human lives. As the warring forces are pulled by Earth’s gravity, the final battle continues into the atmosphere. Rising on the solid ground, the G-Self is now leading Bellri to the end of his long journey.

Released in 2014, Gundam Reconguista in G celebrated the 35th anniversary of the Gundam franchise and saw the return of Gundam creator himself, Yoshiyuki Tomino helming an entirely new installment for the first time in fifteen years since 1999’s Turn-A Gundam. 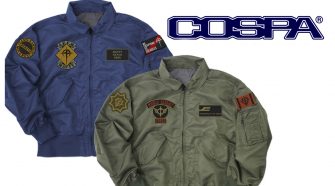