Gundam Info, the official Sunrise Gundam portal website, has announced Gundam Factory Yokohama will be extending its operations by one year until March 31, 2023. The moving Gundam attraction was initially to shutter March 31, 2022.

The decision to extend operations was made after discussions with the city of Yokohama and other related parties in response to the passionate requests of fans in Japan and abroad who were unable to visit the venue due to travel restrictions from the Covid-19 pandemic and state of emergency declarations in Japan.

As part of the extension, the GFY will be closed for maintenance for about two months from mid-May, and is scheduled to reopen by mid-July. The details will be announced on the GFY official website as soon as they are confirmed.

In addition, beginning February 23 GFY will begin operating a specially designed “wrapped bus” in collaboration with the “BAYSIDE BLUE,” a series of buses that connect the east exit of Yokohama Station to tourist facilities in the Bay Area and Yamashita Pier. 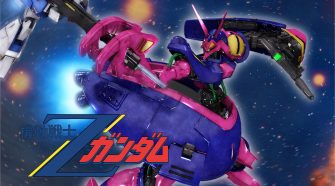