Set in After Colony(AC) 195, growing tired of the oppressive ways of the United Earth Sphere Alliance and Order of the Zodiac(OZ), underground forces of the space colonies send five young pilots with advanced mobile suits to Earth in an effort to free the colonies from their grip.

The 140mm figure was made with completely new sculpting that recreates Gundam Epyon’s strength and distinctive silhouette as seen in the anime series, as well as being able to transform into its unique mobile armor form. 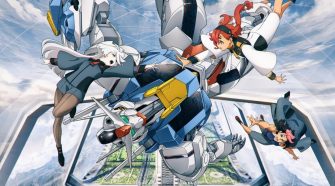