Ple-Two was the clone of Elpeo Ple engineered to be fiercely loyal to Glemy Toto, and possessed a cold, ruthless demeanor in contrast to the cheerful, lighthearted Elpeo.

The figure is fully pre-painted and stands approximately 21cm in height. Ple-Two has been sculpted in her standard normal suit with her headgear held in her right hand as she floats up in a zero gravity.

The figure also features a detailed base with effect parts as a first in the GGG series. These effect parts capture the aura that come from Newtype bodies and vehicles, while also subtly capturing the three faces of the mobile suits that Ple-Two used in the series (MRX-010 Psycho Gundam Mk-II, AMX-004 Qubeley Mk-II and NZ-000 Queen Mansa).

The figure is priced at 14,300 yen with a late January release date. 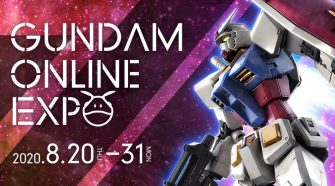