The game is an online free-to-play title that lets players experience speedy and immersive team battles by piloting mobile suits from the popular Gundam anime series. Players can make full use of mobile suits with unique abilities, switching between them according to the battle situation. The game features intuitive controls with an unique boost system, and allows players to play 6 vs. 6 battles with multiple different battle rules and maps. The game will offer three objective-based game modes: Point Capture, Domination and Destruction.

The starting roster of playable characters will feature twelve units. Additional mobile suits and customizable items can be unlocked in two ways: Capital Points (CP), which are accumulated in-game through gameplay, or EVO Coins, which will be available for real-world purchase. Two new mobile suits have been announced to join the game: Gundam Exia and Marasai [UC].

Initially announced for PC, during Sony Interactive Entertainment’s State of Play livestream, Gundam Evolution was revealed to be receiving a console release to PlayStation 4, PlayStation 5, Xbox One, and Xbox Series X, as well as a western release to North America and Europe. The game will release worldwide sometime in 2022.

Gundam Evolution will be conducting beta tests from April 7 to April 12 for PC on Steam, with applications being accepted from March 8 to March 28. Console beta tests will be announced at a later date. 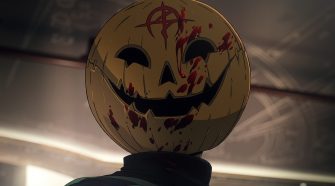