The music video for rock-band [Alexandros]’s latest single “Senkou”(which translates to “Flash”), has exceeded twenty-millions views on YouTube. The lively tune serves as the theme song for the hit Mobile Suit Gundam: Hathaway’s Flash anime film. The rock unit made the announcement on their official Twitter account.

The Hathaway’s Flash theme song “Senkou” was announced by the band on March 2021. The music video was released the following month in April, with the single officially releasing to stores May 5. [Alexandros] was initially revealed to perform the film’s theme March 2020 during the “Gundam Fan Gathering Hathaway’s Flash -Heirs to Gundam-” event.

[Alexandros] will be releasing their eighth original album and the first in four years, But wait. Cats?, July 13, 2022. The album will include many anime tie-in songs such as “Senkou”, “Mushin Hakusū”, the opening theme song for Aoashi, and “Rock The World” for the anime film Goodbye, Don Glees!. 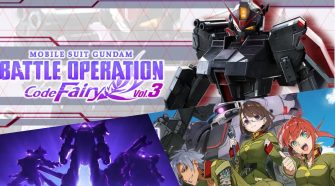