The “2nd Gundam Conference” was held on September 15 by Bandai-Namco Group’s cross-sectional “Gundam Project” to discuss the future plans for the Gundam brand. The meeting was led by the Group’s Chief Gundam Officer (CGO) and Gundam business supervisor, Koji Fujiwara.

Mobile Suit Gundam The Witch from Mercury is the highly anticipated first new Gundam TV anime series in seven series, since the broadcast of Mobile Suit Gundam Iron-Blooded Orphans. The series is currently shrouded in mystery as far as plot or staff, but according to the press release, the series will focus on attracting teenagers. Bandai-Namco Group will be working with external “G-PARTNER” members on the series to aim for “large-scale deployment than ever before”. The series uses “G-Witch” as its official abbreviated title and multi language website.

The special edition of the Iron-Blooded Orphans series will be nine episodes in total and feature part of Urðr-Hunt. 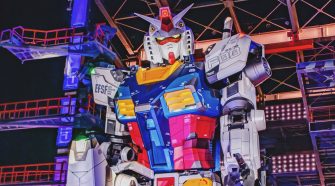